The house in Eldoret town where police seized a haul of fake cash on August 1, 2019. PHOTO|COURTESY

Police have raided a house alleged to belong to a politician and seized fake cash.

Reports indicate that officers in Eldoret seized an unknown amount of fake money, in local and foreign currency, at a house in Elgon View Estate believed to be fake. 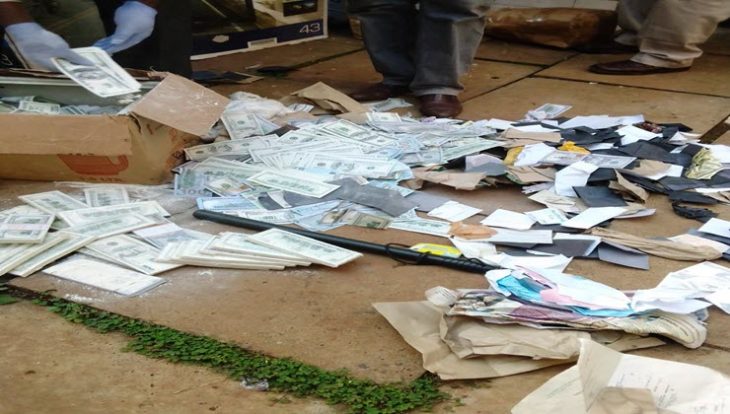 Police raided the home after a woman filed a complaint claiming the politician had defrauded her of Sh600, 000.

The politician, identified as Mr Peter Sitati, and his female accomplice are still at large.

But the house’s caretaker has been arrested.

The fake currency seized in the house includes Euros and US dollars.

Drama in Eldoret court as ‘Female’ suspect detained at women prison turns out be a man.

Kesses MP distributes hundreds of cartons of hand sanitizers in fight against Coronavirus.